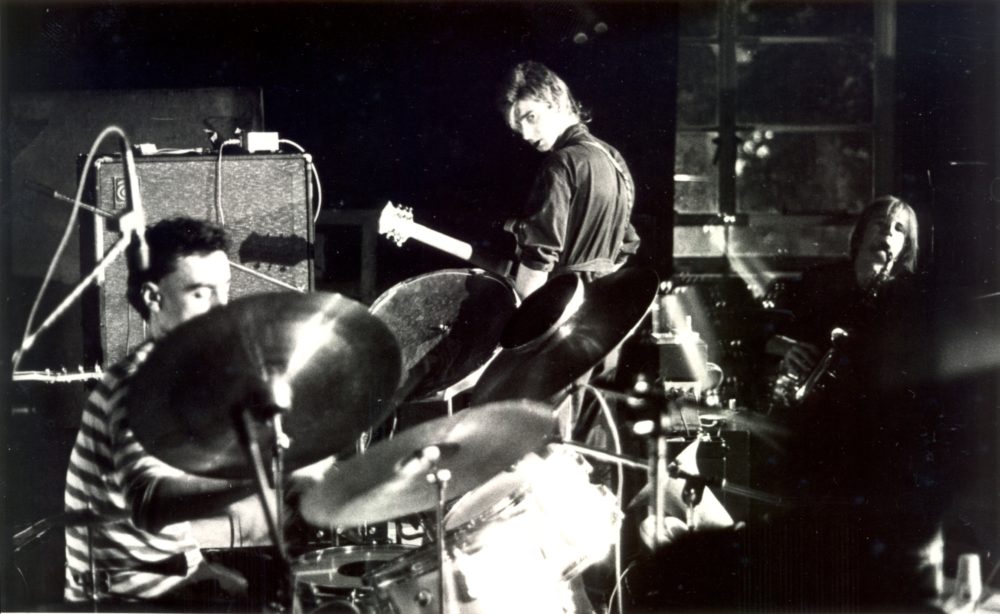 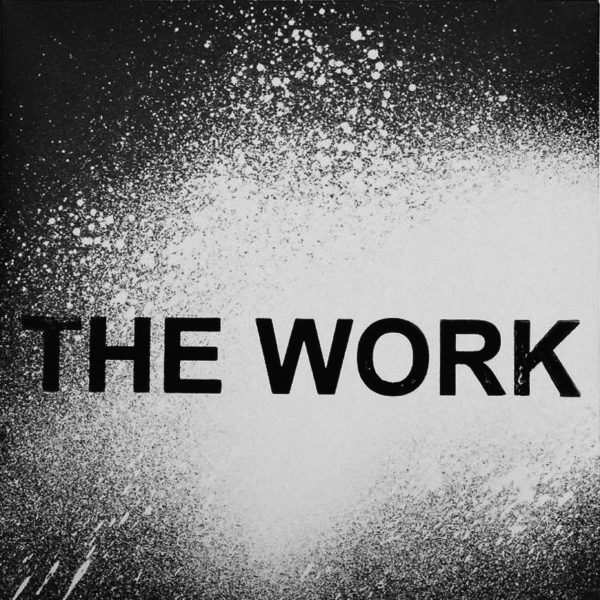 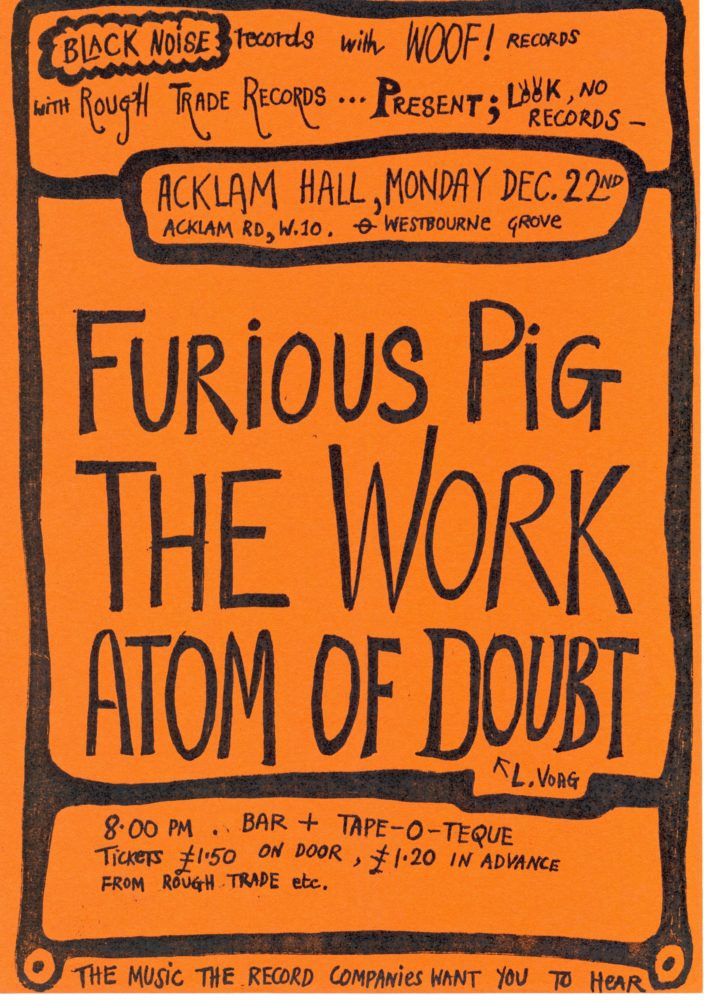 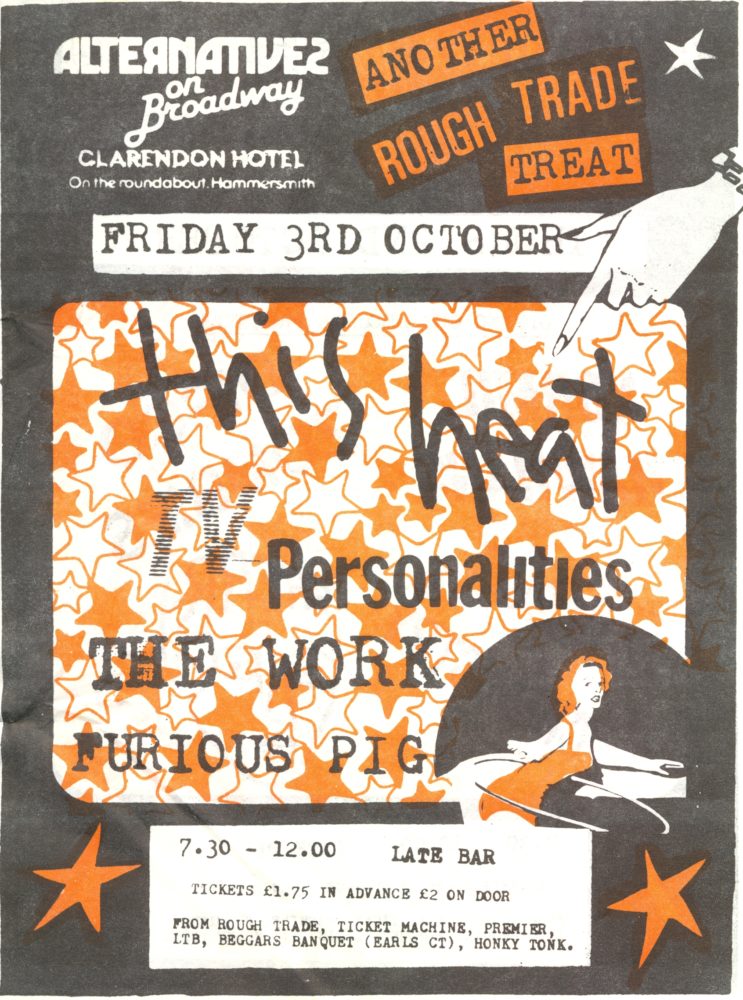 When The Work was New

It was that time of the century: punk had seen prog off the premises and the New Wave had clambered over their exhausted bodies to claim the citadel for itself. The genius of the New Wave was that it didn’t represent any particular musical idea; it was just a name, so anything could fly under its banner – as long as it observed the accepted musical, attitudinal and sartorial conventions. Poorly disguised hangovers from prog, jazz or metal would be rooted out but, in the newly polymorphous cultural climate, rebranding – if honest – would not be punished; indeed, everyone was at it. And the prize was a novel and reinvigorated aesthetic.

Enter The Work, whose prime mover, Tim Hodgkinson, had just bounced out of ten years in Henry Cow – the bleeding epitome of the now reviled long-form, pop-averse, hyper-complex style that was suddenly so yesterday, it was hard to imagine anyone had ever got away with it. O tempora O mores. Tim had met Bill Gilonis – who was essentially an improviser – at a workshop in Bill’s old school, and they later set up the Wandsworth Municipal Street Orchestra before going on to release, in 1979, the now highly collectable hand-silkscreened EP, I Do – I Do – I Don’t – I Don’t. All they needed now was a rhythm section, so they advertised for one. Enter Mick Hobbs – formerly of the University of London Jazz Quartet – who had earlier planned, but failed, to answer Henry Cow’s Melody Maker advert for a bass player. But he did answer The Work’s, and got the job. A bit later, at Mick’s suggestion, Rick Wilson was invited, first, to sit in with them – and then to join. Ave! The Work.

At first, the repertoire was largely Tim’s, but slowly the responsibility for putting songs together became the group’s. Two good years – then Rick left for India to study temple drumming.

After seven years, The Work reconvened – in proximate response to interest in the re-publication of their LPs – and then continued to work, on and off, for another five years, during which time their music grew more spacious, more focused and – god forbid – more recognisably musical. The band, on the other hand, became increasingly fragmented until, in 1994, Bill decided to quit for good. That’s the bare bones. I won’t insult you by pre-digesting the music; and as for the road stories – which are the lifeblood of any band – I can’t tell you much because I wasn’t there, except …

My own glancing involvement began when Maggie Thomas – the band’s sound engineer – called me from Paris to say their van had broken down and could I bring out a spare part? She’d been Henry Cow’s sound engineer too. In fact, Tim, Maggie and I had all been in Henry Cow. It’s a small world.

I took the part out, and stayed on to do some lifting and carrying – that year (1981) was a musical sabbatical for me, and I missed the travel and pheromone-intake of touring life, so it felt good to borrow a little from The Work. A bit later I got to play in The Woof – an expanded Work, fleetingly immortalised on The Worst of Everywhere, released on cassette in 1982. That was also the year Rick departed for India – and Mick quit the band (citing ‘musical differences’). Which is how Jim Welton and I got to dep for them on The Work’s semi-posthumous Japanese tour – a talking point there still – not to say notorious, whenever the subject of foolhardy promotions comes up. The upside was that our hosts got us out there, the concerts happened; the downside was that they were too polite not to give us a good time, and so haemorrhaged yen on airfares and complicated meals while ticket sales failed to keep pace. We all sailed on, oblivious – in a world of wonder – only realising what was going on towards the end – and then only because our hosts finally summoned up the courage to tell us. With one day to go we rustled up The Work Live in Japan – in somebody’s bedroom – from a cassette recording of one of the concerts, in the vain hope that it might help recoup some of our benefactors’ losses.

In the greater scheme, though, I’m sure our organisers’ generosity and optimism must have racked them up a miniature mountain of karmic credit: in Japan, people still come up to me and talk about how those concerts crashed into their lives. The Work could have that effect. And it was our hosts who made that happen – their dubious economic expertise, notwithstanding. That’s a great debt we owe.

As L. P. Hartley said, the past is a foreign country. And there were gigs then. Mostly in small places. Mostly for very little money. But you could get by and see a bit of the world – The Work saw sixteen countries in their seven years – and there was a public who could be tolerant, curious and sometimes enthusiastic. These were intimate, human interactions; entangled patches of shared time – but they could only be lived. For the rest of us, what remains is what was frozen into media: photographs, journalism and recordings. This record offers you some of the recordings – chosen by the band themselves, in honour of their youthful dreams. Tread softly. 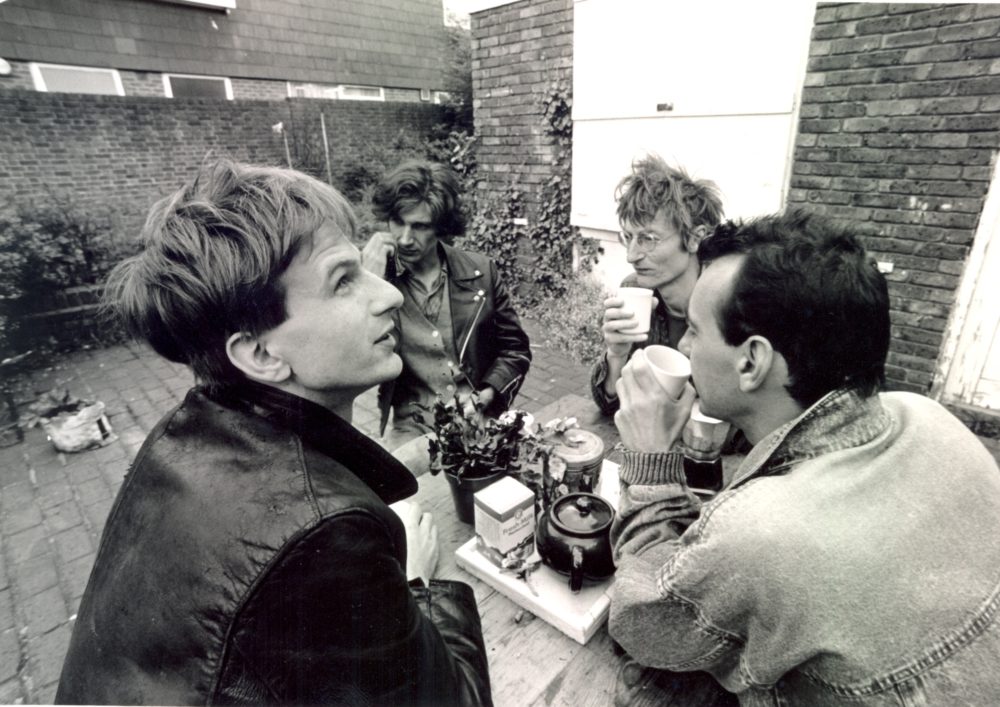 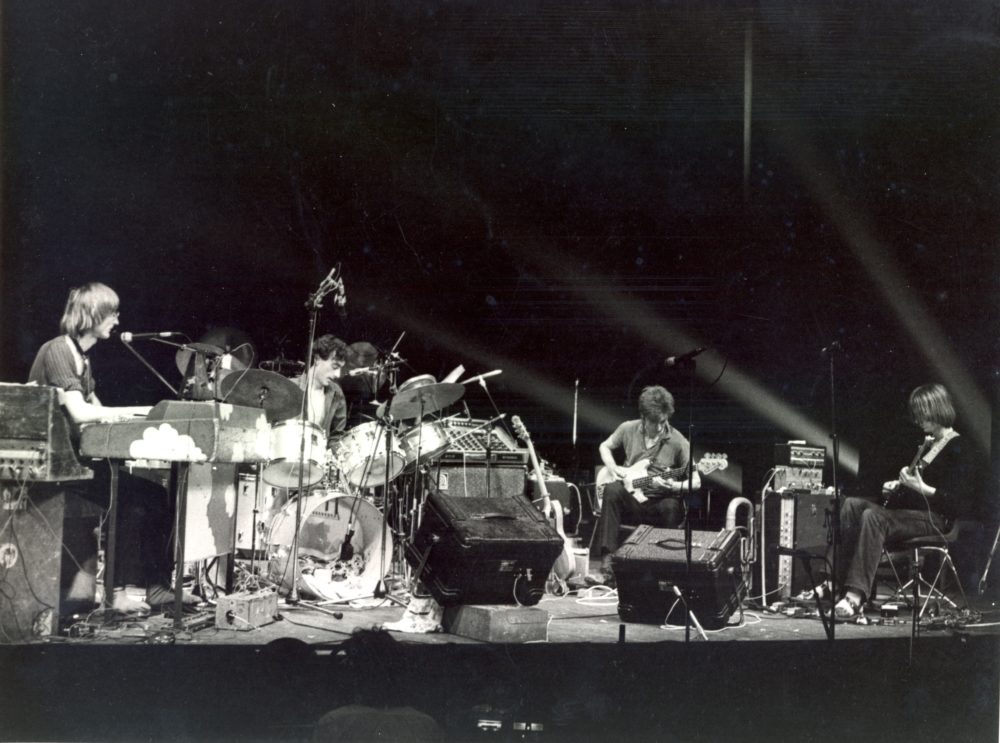 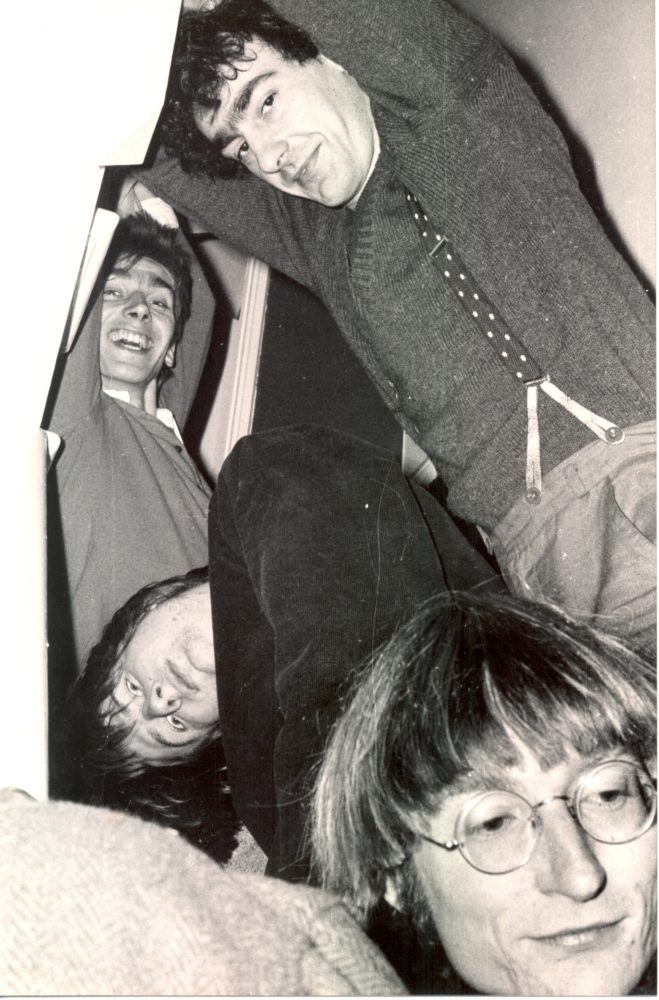